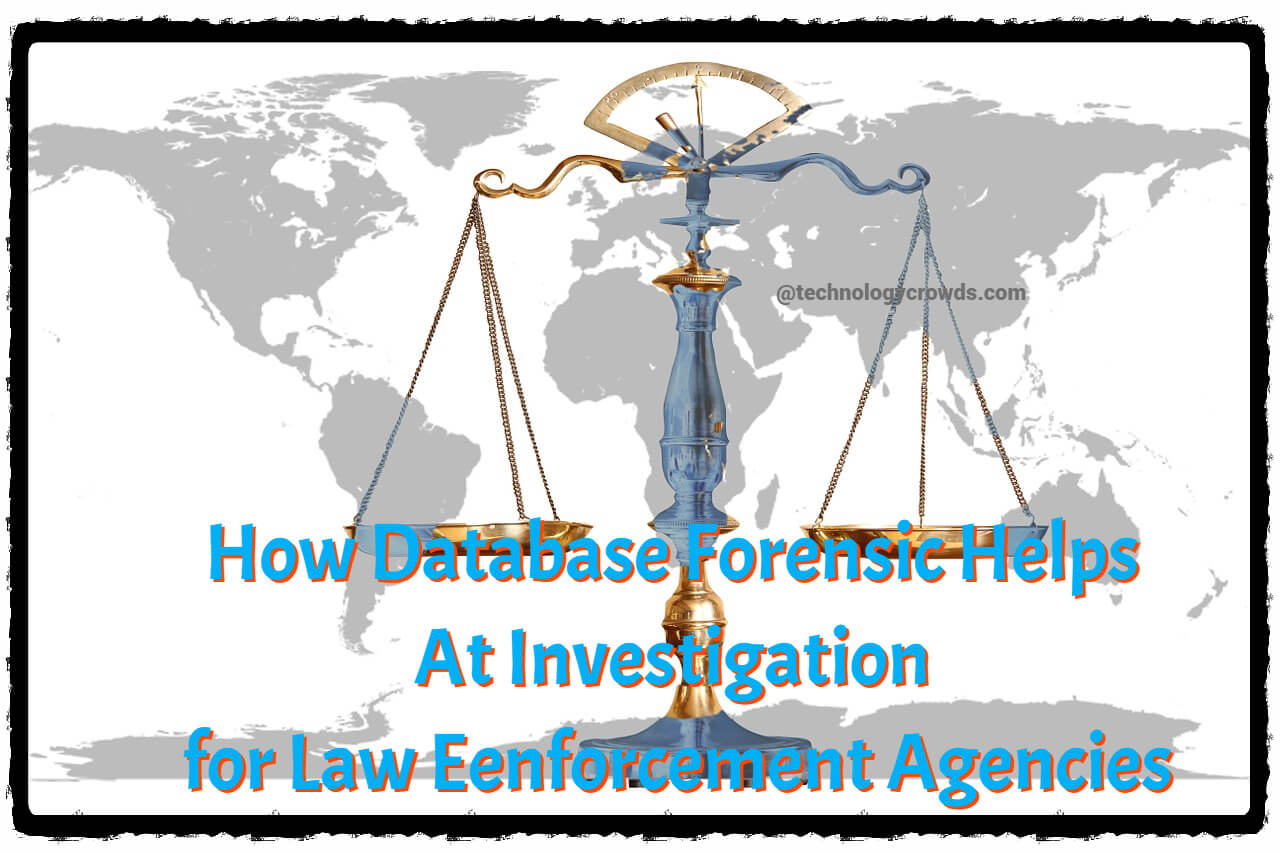 What role does
database forensics
play in law enforcement investigations? The term forensics literally means the
use of some form of established scientific procedure for the collecting,
analysis, and presenting of evidence. However, all types of evidence are
crucial, particularly when a cyber-attack has happened or a law enforcement
agency is investigating.

Database forensics is a field that combines aspects of law, data, and database
management systems (DBMS) to collect and analyze data from computer systems,
networks, wireless communications, and storage devices in a way that may be
used as evidence in court.

Obviously, after a cyberattack, gathering all relevant data is critical in
order to answer the concerns listed above. Keep in mind, however, that the
forensic investigator is particularly interested in a certain kind of evidence
known as latent data.

How to Backup Outlook 365 Emails on Mac?

Even so, in this post, we will define database forensics, its categories, and
the tools used to conduct forensic analysis for inquiry.

Why is database forensics required?

In the field of cyber security, this sort of data, also known as ambient data,
cannot be seen or accessed at the scene of a cyber assault at first look. In
other words, a considerably higher degree of inquiry by a computer or database
forensic expert is required to uncover them.

This data obviously has numerous applications, but it was designed in such a
way that access to it has been severely restricted. These are the primary
purposes of applying database forensics in the case of a security compromise.
It aids in the recovery, analysis, and preservation of the computer and
related materials so that the investigating agency may submit them as evidence
in a court of law. It aids in determining the reason for the crime and the
identity of the primary perpetrator. Create procedures at a suspected crime
scene to assist guarantee that digital evidence is not tainted.

What role does database forensics play?

People can conceal information in a variety of ways. Some applications can
fool computers by altering the data in file headers.

Other applications may divide files into small chunks and conceal each segment
at the end of other files. Unused space in files is sometimes referred to as
slack space. You may conceal files by making use of this slack area with the
correct application. The buried information is extremely tough to recover and
reconstruct.

Another method for concealing data is encryption. To render data unreadable,
you encrypt it with a sophisticated set of principles known as an algorithm.
Anyone wishing to read the data would require the encryption key. Detectives
must utilize computer programs intended to crack the encryption technique in
the absence of the key. The more complex the algorithm, the more time it will
take to crack it without a key.

Other anti-forensic techniques can modify the information associated with
files. If the metadata is tainted, it is more difficult to present the
evidence as trustworthy.

Some individuals employ computer anti-forensics to highlight the vulnerability
and unreliability of computer data. How can you use computer evidence in court
if you don’t know when a file was produced, last viewed, or even existed?

What is the significance of database forensics in the future?

With the proliferation of digital gadgets and online activities, the bulk of
crimes will be perpetrated online in the future.

As a result, a database forensic investigation might identify when a document
initially appeared on a computer, when it was last changed, saved, or printed,
and which user did these acts. It aids in the rapid identification of evidence
and enables the estimation of the probable impact of malicious action on the
victim.

Database forensics is extremely important for a business or enterprise. For
example, it is commonly assumed that just bolstering lines of defense with
firewalls, routers, and so on will suffice to withstand any cyber-attack.

However, considering the incredibly sophisticated nature of today’s cyber
hackers, the security professional understands this is not the case.

This premise is likewise false from the standpoint of computer forensics.
While these specialized pieces of the hardware give some information about
what happened in general during a cyber assault, they sometimes lack the
deeper layer of data to provide those hints about exactly what transpired.

How to Keep Your Business Safe from Security Threats

This emphasizes the importance of the organization implementing security
safeguards in addition to the outdated technology that can supply this
specific data. Security devices that use artificial intelligence, machine
learning, and business analytics are examples of this.

It is often used to combat network assaults. It is frequently used to monitor
a network in order to detect unusual traffic or an approaching assault. On the
other side, it is used to gather evidence by analyzing network traffic data in
order to pinpoint the origin of an assault.

As a result, the deployment of this sort of security architecture, which
incorporates computer forensic techniques, is also known as Defense in
depth.

With this exact data, there is a far better possibility that the evidence
submitted in court will be declared acceptable, bringing the culprits of the
cyber assault to justice.

Furthermore, by using Defense in Depth concepts, the organization or
corporation may simply comply with laws and regulatory demands. All forms of
data must be saved and stored for auditing reasons. If an entity fails to
comply with any of the requirements, it may suffer serious financial
penalties. As a result, database forensics is required here to ensure a
thorough investigation for law enforcement authorities.